The focus was on finding a vehicle terminal for order picking in very harsh warehouse environments that runs under Linux and complies with WLAN standard 802.11 n. Previously used terminals from other manufacturers had high failure rates; therefore, the desire for replacement devices was steadily growing.

Together with the customer, the standard vehicle terminal MFT960 with Linux as operating system was developed and extensively tested over a long period of development. The development of the wireless driver was particularly critical and time-consuming in order to be able to offer WLAN according to the N standard in the future. A Java-based client running under Linux on the MFT960 vehicle terminals indicates the appropriate picking cart.

After completion of development and an extensive test phase, the MFT960 vehicle terminal with Linux was impressive in terms of speed and functionality. The accompanying support on site during installation was greatly appreciated. MFT960 vehicle terminals offer a fast and efficient solution in warehouses and are used for order picking on forklifts or mobile carts and also in stationary applications. The MFTs are also used as permanently installed print terminals in combination with the MAX mobile workstation. Hundreds of terminals of this specification are already in use today. 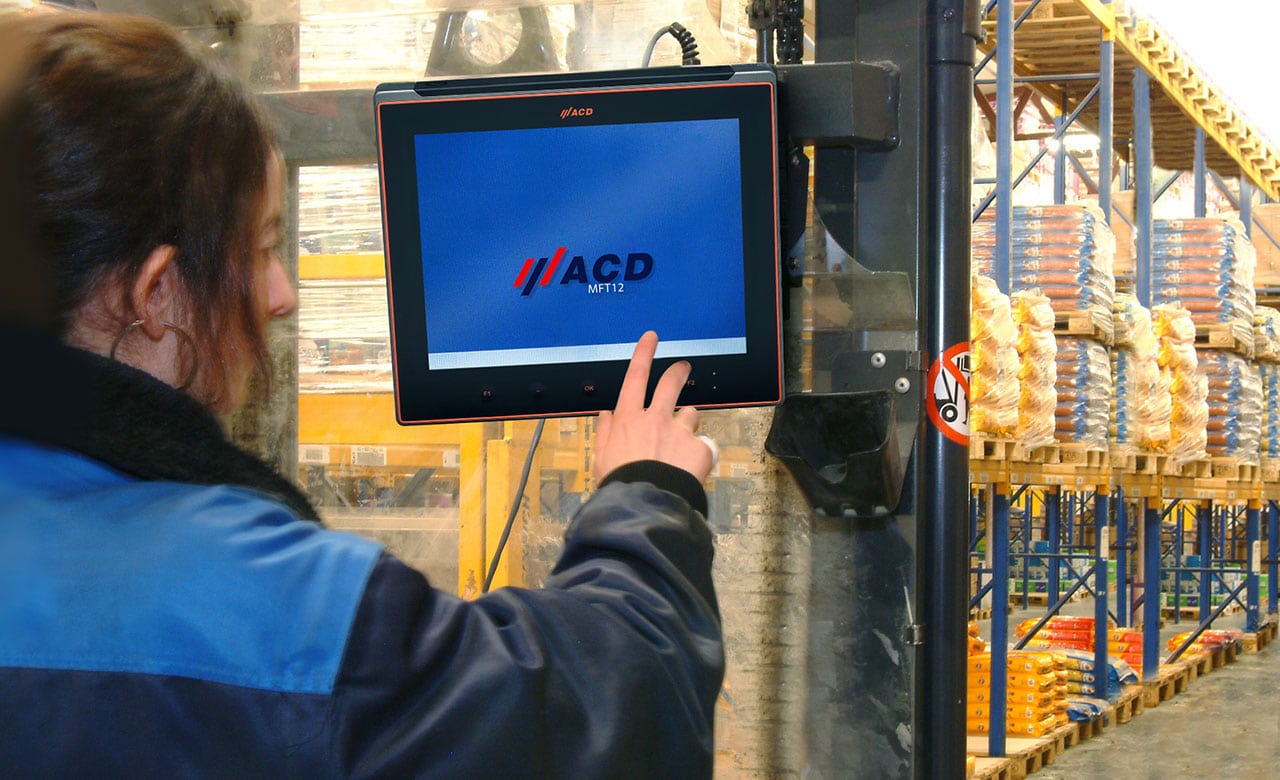 Our customer is very satisfied with the operation of the MFT920. Thanks to the integrated heater, the vehicle terminal can be operated at temperatures as low as -30°C and the inside of the display will not fog up, even with temperature variations in the working environment.