Small and Compact for Every Logistics Need

Kässbohrer Geländefahrzeug AG is a leading provider of technology for the envi ronment, nature and recreation. The product range of Kässbohrer Geländefahrzeug AG includes the Pisten Bully family for upkeep of ski slopes and cross-country trails, BeachTech machines for beach cleaning, and special vehicles for work and transport applications. With a market share of over 60 percent, Pisten Bully is the market leader worldwide in the upkeep of ski slopes and cross-country trails as weil as fun park design.

The approach of the logistics area of Kässbohrer Geländefahrzeug AG is that “everything has to run,” but the actual logistics should be imperceptible. Against this background, Kässbohrer had already been using type M250 mobile handheld computers from ACD for mobile recording for several years. After an update of the WLAN network and a new WPA2 encryption, it quickly became apparentthat the mobile handheld computers would have tobe replaced in the nearfuture.

To find a suitable successor, Kässbohrer tested and compared several devices. In the selection process, special emphasis was placed an system compatibility with SAP as weil as a high level of reliability.

There were several reasons for deciding in favor of the M160 mobile handheld computer from ACD: The company was already “familiar” with the product from its predecessor and was confident of its system compatibility and reliability. Another plus worth mentioning is the large keyboard. A fu rther reason for the decision was the fact that the replacement batteries for the old devices can also be used forthe M160, thus eliminating the need for a follow-up investment.

Independently of the product, the proximity of ACD to the customerwas also a decisive advantage. Especially positive points include on-site service, fast repairtimes and short response times. Mr Haug from Information Technology and Organization sums up the matter succinctly: “We can just bring a device by for repairs after work, and du ring seasonal busy times we can rent additional handhelds.”

The M160 was alreadytested and ordered in the prototype phase. Since the product was not ready for sales at this time, Kässbohrer received replacement devices type M260SE as a temporary measureto bridge the gap.

About 30 M160 mobile handheld computers have been in use for almost 15 months. lt has been a smooth transition with everything working and no problems. Mr Braig, Logistics/Transport Manager, explains: “The involvement was a seamless process and the exchange of devices was imperceptible to Logistics employees.” In comparison to the predecessor, the increased speed due to an improved processor in the M160 was q uickly apparent.

The M160 is used universally in logistics. The mobile handheld computer is used for far more than just scanning: lt is essentially a small PC. All common order picking tasks in incoming goods, retrieval, assembly line supply and packaging can be performed easily. lnventory and kanban queries are performed regularly and all accompanying papers are printed directly from the mobile terminal via WLAN printers.

The complete case study can also be downloaded as PDF 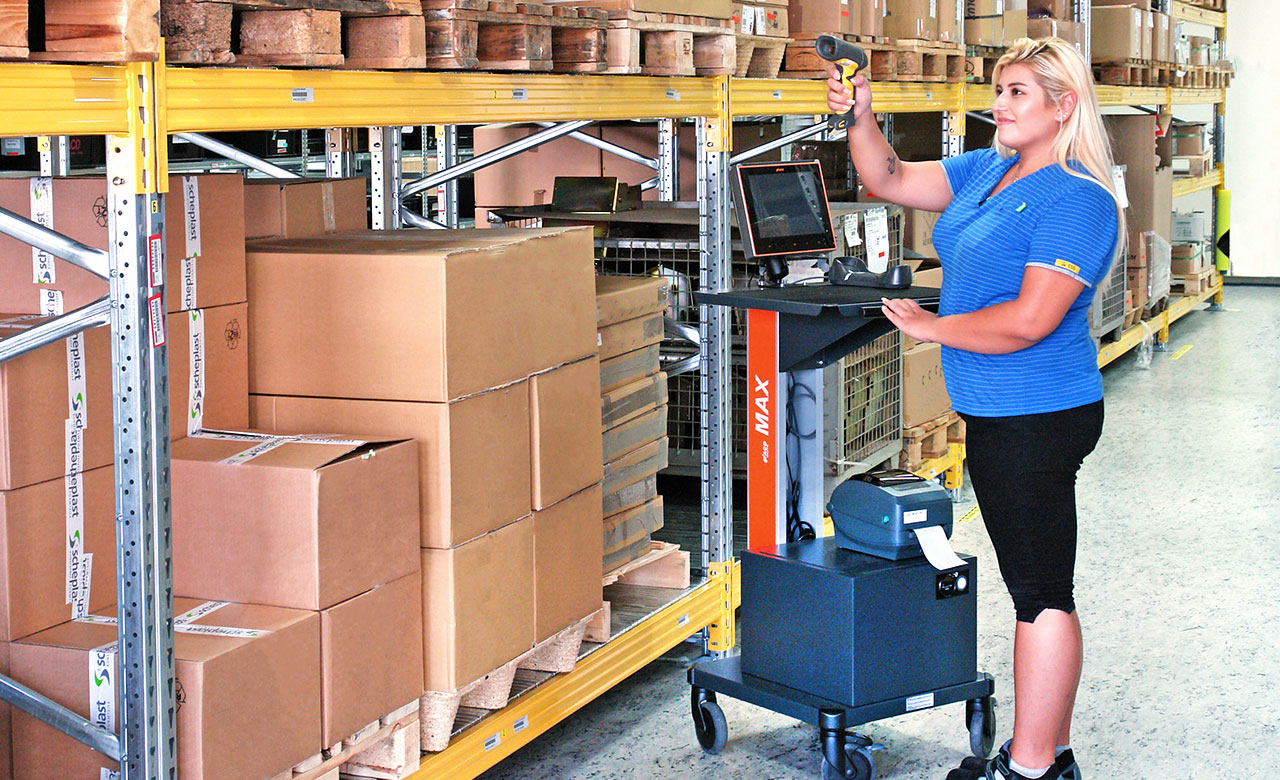 A Successor for Worn-out Roll Carts Had to Be Found

A high-performance logistics concept is an indispensable prereq uisite for the corporate group to be able to send off goods deliveries punctually. Ta ensu re this, EDEKA had for some years already been using roll carts with lead batteries to receive products arriving in incoming goods.