The internationally renowned artist Carsten Nicolai has produced a sculptural installation designed especially for the Romanesque Chapel of St Anna in Krobitz/Weira in Thuringia. The installation entitled “organ” is a musical instrument and draws inspiration from early designs for a pyrophone from the late 18th century. In contrast to traditional (church) organs, the sounds are produced by flames that cause glass cylinders to resonate. Completed in 2017, Nicolai recalls his original motivation: “I wanted to redefine the idea of the organ, to recreate it using a different technology to the traditional organ bellows. The pyrophone is, in itself, not a new invention, and it existed for a long time alongside traditional organs. The idea of using flames arose when people tried to find alternative ways of producing sound, but it was displaced by other more successful methods. As such, the pyrophone is a typical loose end in the history of technological developments.”

The small Chapel of St Anna from the 11th century unites tradition with artistic and technical innovation and has become a cultural attraction for tourists and locals alike. The art project arose through the support of the International Building Exhibition IBA Thüringen and the EKM Evangelical Church in Central Germany as part of an initiative to find new concepts for reactivating under-used churches. They invited Carsten Nicolai to design an artistic response to the chapel space. For Carsten Nicolai it was important that primary elements such as fire, earth, air and sound were combined both visually and acoustically to form a symbiosis with the 900-year-old building. The title “organ” therefore refers not just to the church instrument, but also to the symbiotic interplay of organs that combine to make up a living body.

The sculptural installation is comprised of 25 acoustic resonance tubes whose geometric forms are modelled on church or pipe organs. Each organ pipe is a glass cylinder of a different size that instead of using air flow is made to resonate with the help of a small gas flame. Because the sound producer is made visible, the musical experience also becomes a visual spectacle.

Carsten Nicolai not only designed and built the instrument but also arranged a musical composition especially for the small chapel. In future, other composers will be invited to write further pieces for this very special instrument. Sufficient memory space is available for two more compositions. Unlike a traditional organ, the “organ” is not played by a musician: the organ pipes are instead played by stepper motors that are concealed within the body of the organ. Up to now these have been controlled by a pair of networked Arduino physical computing platforms that process the control data to drive the individual stepper motors and store the artists’ compositions.

In the long term, however, this control mechanism is not well adapted to the local conditions. The fluctuating temperatures and high humidity levels in the chapel have led to the corrosion of mechanical and electronic parts, causing the organ to malfunction. This could be remedied through laborious troubleshooting, but the Chapel’s Circle of Friends, that since 2017 admits guests to the chapel and has been looking after the work of art on a voluntary basis, has been looking for a new solution.

Technic: Use of innovative motor drivers

Jan David knows how difficult it is to keep the instrument running: “Thanks to the groundwork laid down in two training projects by ACD Systemtechnik GmbH and to the sponsor Trinamic, who have provided innovative motor drivers for the 25 stepper motors, we are confident that the conversion of the cabling to a BUS system and the new controller will make maintenance easier”.

Through the overhauling of the electronics and controls for the individual stepper motors, “organ” will once again captivate visitors to the Chapel of St Anna. The top priority is to preserve the sculptural work and Carsten Nicolai’s musical composition with its unique sound.

The use of innovative motor drivers (TMCM-1240) from Trinamic makes the following possible:

The complete user report can also be downloaded as a PDF 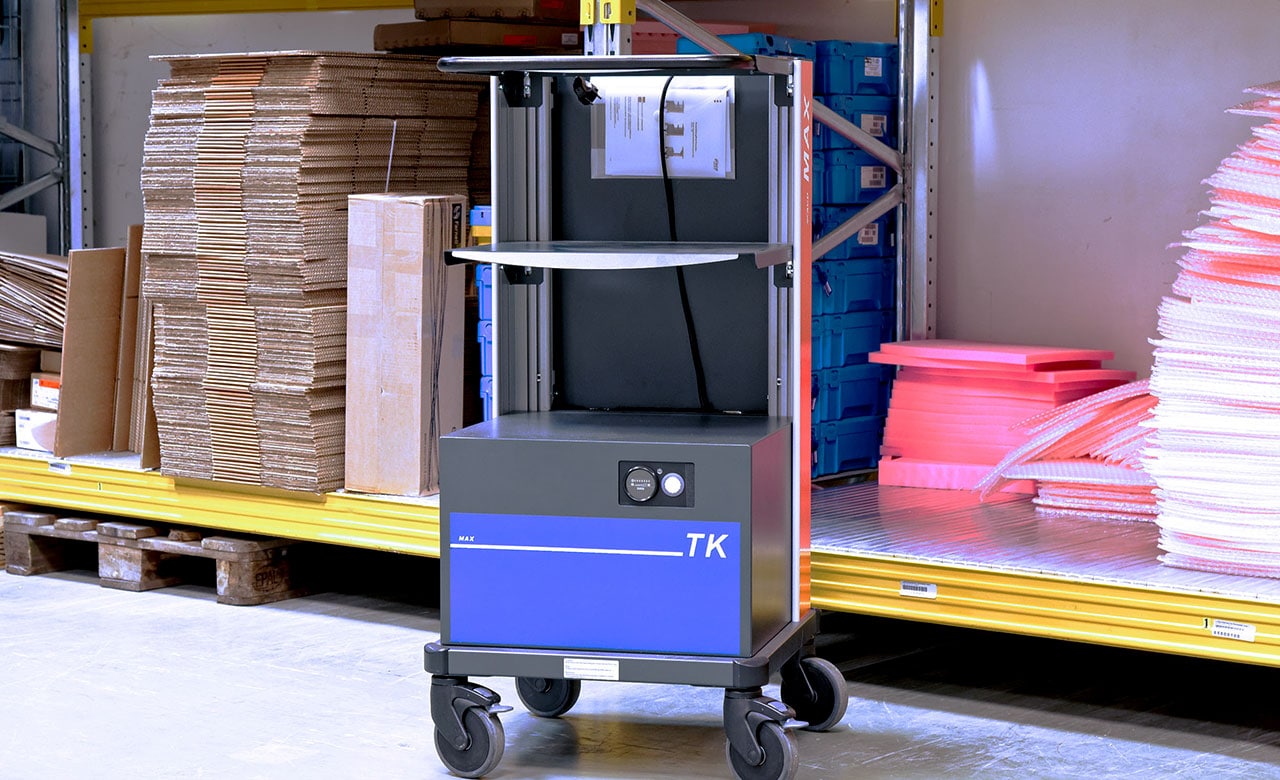 MAX has saved 20 % of admin and operator process time for Outbound goods.